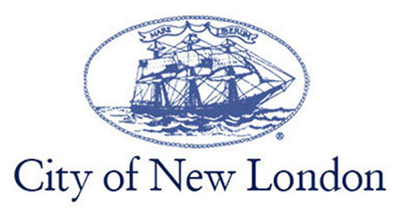 New London was in the news quite a bit this past summer, and some in the city are loving the attention.

The Boston Globe, Newsday, The Wall Street Journal, The Associated Press, New Haven Advocate, Providence Journal and The Hartford Courant all ran stories on their pages about the Whaling City, from Sailfest to Ocean Beach Gay Day.

Hartford and New Haven television and radio stations aired segments on Mayor Daryl Justin Finizio’s visit to Washington for an LGBT reception at the White House, boat trips to see the lighthouses off the New London shore, and free performances of the Coast Guard Dixieland Jazz Band.

“We have consistently done good programs here,” Susan Tamulevich, director of the Custom House Maritime Museum, said Friday. “But we were never able to overcome the hurdle of attracting outside our local group of followers.”

But during the summer months, lighthouse tours sold out and lectures and other events were filled to capacity, she said, a direct result of the efforts of Quinn & Hary/Regan Communications promoting the municipality’s image.

“I can’t say enough about how the museum appreciated the boost from the city. They did it right this time,” she said.

With the commitment from the Coast Guard to build a National Coast Guard Museum on the city’s downtown waterfront, there’s been a push to expose the gentler side of this small municipality that also has big city problems like crime, poverty and failing public schools.

In May, the city awarded a one-year, $35,000 contract to Quinn & Hary. The goal was not to create a logo or buy advertising. The strategy was to get television, radio and newspapers from outside the region interested in printing and broadcasting stories about the Whaling City.

“There’s been negative attention placed on New London for the past couple years, and we were trying to balance that with more positive attention,” said City Councilor Adam Sprecace, who is chairman of the Economic Development Committee. “I think we’ve been successful.”

At 5 p.m. on Monday at City Hall, Quinn & Hary will present an interim report for the months covering June and July. The company estimates the stories about the city were exposed online and in print nearly 22.8 million times during those two months. The value of the exposure, if the city had taken out advertisements – also know as “editorial value” – would have been more than $223,000, according to the report.

“Judging from the two-month interim report, it seems there was pretty good progress getting the word out about the positive things going on in New London,” Sprecace said.

The report does not include newspaper stories or television reports on the negative side of city living.

Quinn & Hary also helped organize a “Celebrate New London” event last month when New London students and their families were invited to a football game at the Coast Guard Academy. The company promoted Main Street’s Fall Food Stroll last week, which sold 900 tickets in advance. It also had a hand in the Connecticut Schooner Festival, a BBQ Fest at Waterfront Park and the I AM Festival for indie rock.

Tammy Daugherty, the city’s director of economic development, said Quinn & Hary was given a list of groups including the Custom House, the Garde Arts Center, Hygienic Arts, New London Main Street and Ocean Beach Park, to name a few, and told to “tell the story of New London to a broader audience.”

“The city has always had a rich offering of arts and historic tourism,” she said. “We just needed to let folks know about it.”

But getting people to come to New London is not enough, she added. The city is already addressing the failing schools by implementing a magnet school system. The next step is getting people to open businesses and buy property.

“We’ve had people from Hartford because of the press we’ve had, come to the office and want to take a tour,” Daugherty said. “It’s come to people’s attention in the Hartford area that New London is really cool.”

Saverio Mancini, deputy team leader at Quinn & Hary, said he plans to submit a six-month report to the City Council in September.

“New London is a wonderful city, and it has a great story to tell. We wanted to be able to do that in a proactive way,” he said. “Publicizing events at the Custom House, or Landmarks, or any of the individual organizations, exposes people to the city of New London, and they can see it in a different light.”

Tamulevich said the Custom House had about 100 visitors each weekend during the summer months. If every organization could attract 100 people on a weekend, the city may start to succeed.

“If everyone could do that, we’d have a hopping downtown,” she said.