In this article you will discover absolutely everything you need to know about Viagra - https://www.bleuepil.com/viagra-contre-indications.html so that you can consider treatment with peace of mind and with all the keys. 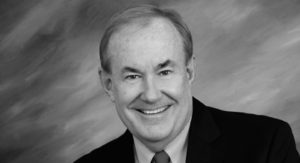 David has been actively engaged in marketing, advertising and communications in southern New England for more than 30 years. He has expertise in account management, strategic brand development and marketing plan oversight.

A graduate of Wesleyan University, David had a successful career in broadcasting, most notably as President of Shoreline Communications, the licensee for 102.3 The Wave. For 16 years the radio station served eastern Connecticut with a highly rated, community-oriented, oldies music format.

In 2002, David co-founded a full-service advertising agency, providing creative design, web development and event management services for clients throughout southern New England. The firm expanded its portfolio of communications services and evolved to become Quinn & Hary Marketing in 2009. The agency was acquired by Regan Communications Group in late 2012.

David is a past President and former Campaign Chairman for the United Way of Southeastern Connecticut. David was also a 20-year member of the New London Rotary Club, where he became a Paul Harris Fellow and Carl Weis Award recipient.